Beech Grove, IN (September 24, 2019) — Indianapolis Metropolitan Police Department (IMPD) identified and arrested a man for allegedly striking an officer with his vehicle after stealing items from the Walmart store in Beech Grove.

Just before 5:45 p.m. on August 17th, IMPD officers were dispatched to 4650 South Emerson Avenue to assist an off-duty officer. An off-duty IMPD officer was working at Walmart assisting with security when he attempted to apprehend a shoplifter. During this time, the suspect struck the officer with his vehicle and fled the scene in a silver four-door sedan. The officer was transported to a local hospital with minor injuries and later released. 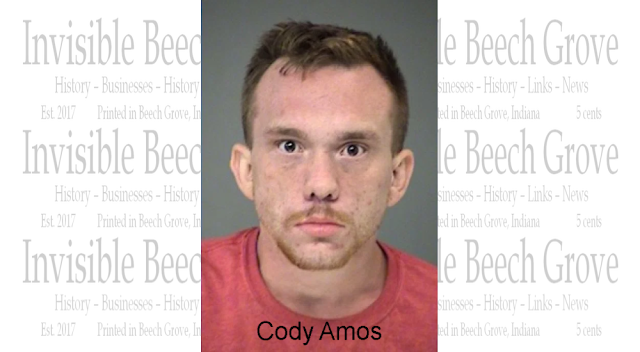 Detectives reached out to the community earlier in the month for their assistance. Through tips and information provided to the detectives from the community, detectives identified and arrested 31-year-old Cody Amos for his involvement in this incident.

We continue to encourage anyone with information about this incident to contact Detective Carroll at (317) 327-6331 or Crime Stoppers of Central Indiana at (317) 262-TIPS (8477). Citizens can also download the mobile P3tips app for Apple or Android phones to submit a mobile tip or go to CrimeTips.org to submit a web tip.