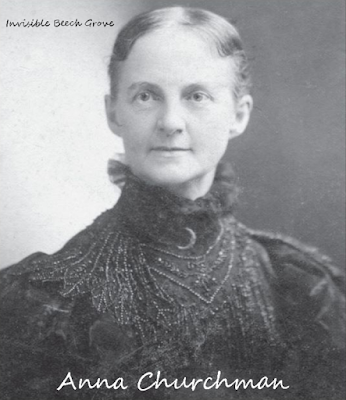 Beech Grove, IN (January 25, 2018) — Anna Churchman, in a rare picture from 1897, was the matriarch of Hillside. She married Francis McClintock Churchman on October 12, 1859, in Janesville, Wisconsin. The couple eventually had seven children. Her husband, being of English and Quaker heritage, was a reputable, hardworking man noted for his integrity.

He began his career at age 19 as a clerk at S. A. Fletcher Bank on Washington Street, the predecessor of the American Fletcher National Bank of Indianapolis, Indiana, and within five years made managing partner, a position he held until his death.

Within the then-relatively small, but close-knit, Indianapolis business community, Churchman was highly regarded for his ability to make loans based solely on the character of the applicant and a firm handshake.

While not much for going out of the town, rather preferring to keep private and tending to his family, Francis was well known and likewise knew many people. He is one of only a few Hoosiers to have had their likeness immortalized in a portrait by Indiana artist. T. C. Steele.
at 1:25 PM

Beech Grove, IN (January 12, 2018) — Looking West from Fourth Avenue, the Hotel Dennis welcomed travelers and workers in need of a room. The hotel rented rooms by the day or week. The sign at the rear advertises Barbecue dinners in a very little developed area around 1930. 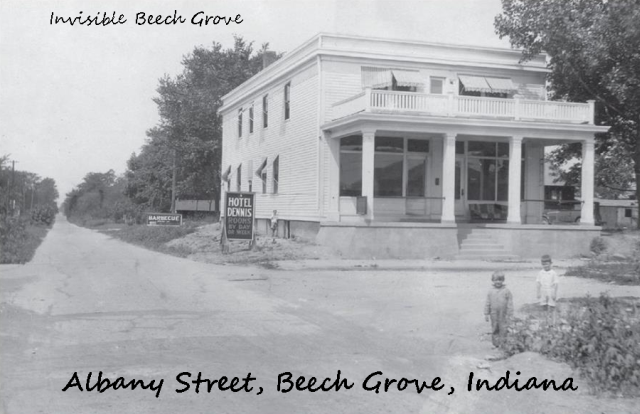