Beech Grove, IN (November 19, 2019) IBG — The longest-serving leader of the Indiana House has decided to retire after the 2020 legislative session.

Republican Speaker Brian Bosma told lawmakers Tuesday that he would continue in the powerful position that largely controls which proposals are considered until the upcoming session ends in March. Bosma said he wouldn’t seek reelection in 2020 after 34 years in the House. 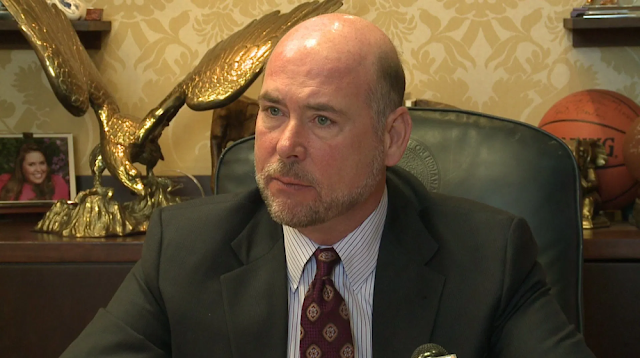 The 62-year-old Beech Grove, Indiana native has been speaker since 2011 and also held the post in 2005-06. He says he’ll become chairman of the Republican Legislative Campaign Committee and continue working at an Indianapolis law firm.

BREAKING: Speaker @Brian_Bosma announces during Organization Day remarks that he won’t run for re-election next year.

House Republicans will soon choose a ‘speaker-elect’ according to Bosma, who will move to a national legislative campaign role pic.twitter.com/25ZSRjrX6c
— Dan Spehler (@DanSpehler) November 19, 2019

“So many know Brian Bosma for his contributions of unparalleled consequence at a time when our state needed strength in the Speaker’s Chair. Others know him for his incredible capacity to give to causes serving those most in need. Since the turn of this century, I’ve come to know Brian as a trusted friend, and for that reason alone, he’ll remain on my speed dial. Speaker Bosma’s the type of state leader you don’t replace, you only follow. I’m wishing Brian and Cheryl an equally personally fulfilling next chapter in life, once this one comes to a close.”

“Speaker Bosma’s leadership in the Statehouse has made Indiana more prosperous and improved the lives of generations of Hoosiers. When we talk about the Indiana Success Story, one constant during the decades-long turnaround for our state has been Brian Bosma. We’re now a state of balanced budgets, able to make record investments in education and infrastructure, attract jobs from all over the world, and improve the health and wellness of our citizens."

Senate Democratic Leader Tim Lanane had this to say:

"I want to thank Speaker Bosma for over three decades of public service. While we may not have always agreed on the issues, I have enjoyed working with him in leadership as we have always fought respectably to make the best path forward for Indiana. I wish him all the best on his future endeavors. "

"A career of public service for the people of Indiana that stretches over more than 30 years is something that demands respect and appreciation. I have known Speaker Bosma since I came to the Indiana House back in 2006, and have found him to be a good friend and a worthy adversary. I can only wish him well in the years to come."