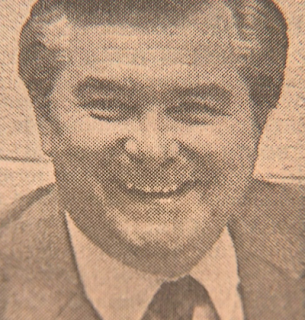 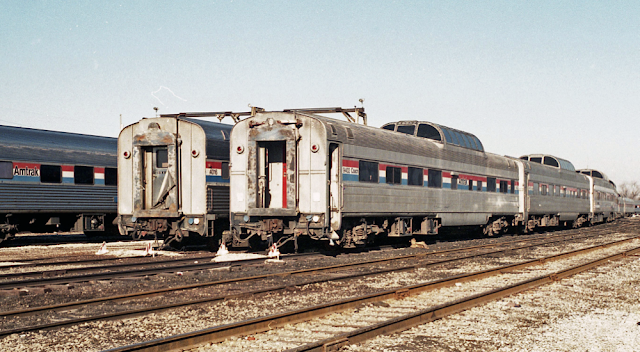 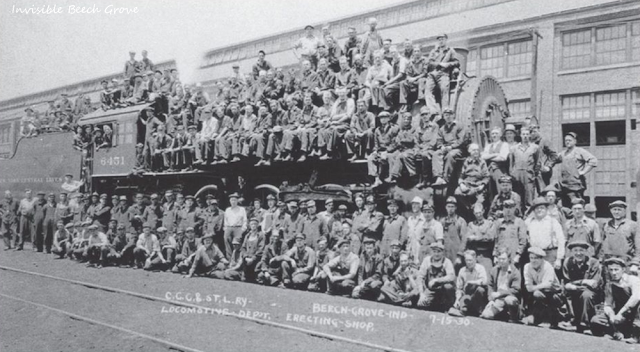 Beech Grove, IN (December 10, 2019) — The Big Four Athletic Association Band is long-gone, along with the Beech Grove baseball stadium, which was located between First and Fifth Avenues in the heart of town. 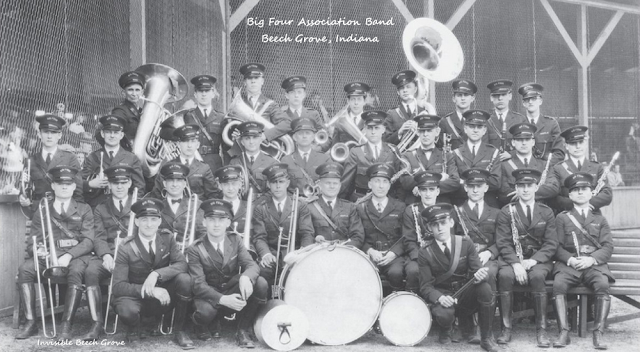 The Big Four Association Band, seen here on May 8th, 1926

The community was basically left without a musical performance unit from the time that the Big Four Band folded until the high school band was formed in the 1950's. 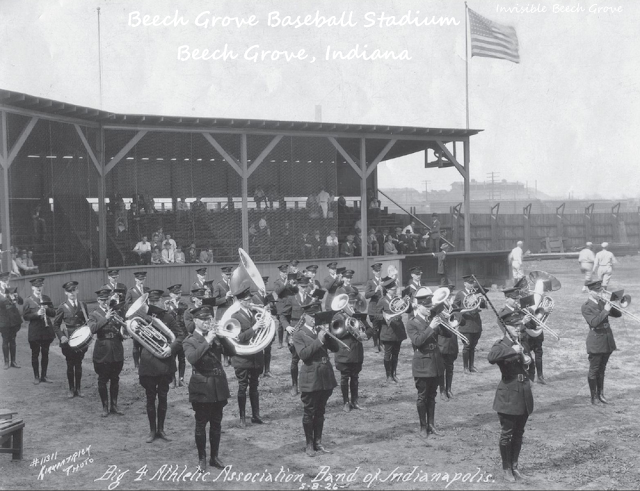 Beech Grove relied on the railroad band to play at celebrations since as both a town and a city, never had an organized community band. The Big Four Association Band played throughout Indiana at various parades and events.

Beech Grove, IN (December 8, 2019) — This spectacular drone footage catches some of the best shots of Amtrak's primary repair facility located at the former Big Four shops in Beech Grove Indiana. This was the scene on July 8, 2016 that included a look at Amtrak #66 in Heritage paint. 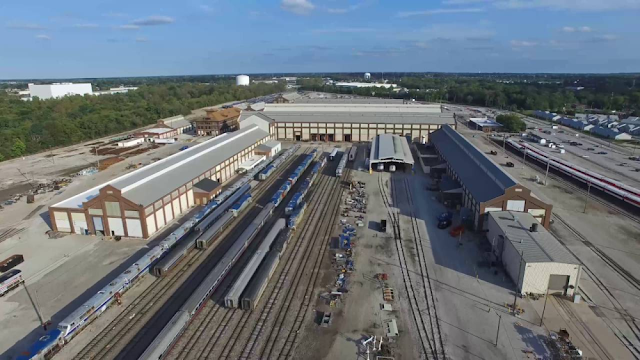 Beech Grove is Amtrak's primary maintenance facility. The shops were originally constructed in 1904-1908 by the Cleveland, Cincinnati, Chicago and St. Louis Railway (the "Big Four"), servicing a network stretching across the Midwest into Illinois, Indiana, Michigan, and Ohio. 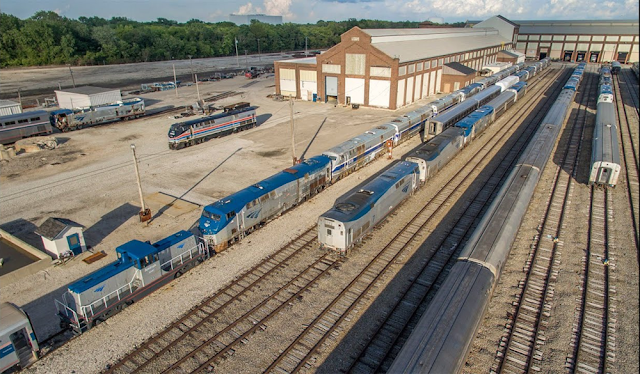 The facility was used as the company's repair shop for steam locomotives, passenger, and freight cars.

The facility passed to the New York Central Railroad in 1922, on its formal acquisition of the Big Four, and then on to Penn Central Transportation in 1968 when the Central merged with the Pennsylvania Railroad. Penn Central declared bankruptcy in 1970. Amtrak purchased the facility from the bankrupt Penn Central in 1975.


Although the shops were acquired by the New York Central Railway (NYC) in 1906, the Big Four worked as an independent business until it was formally merged with its owner in 1922.