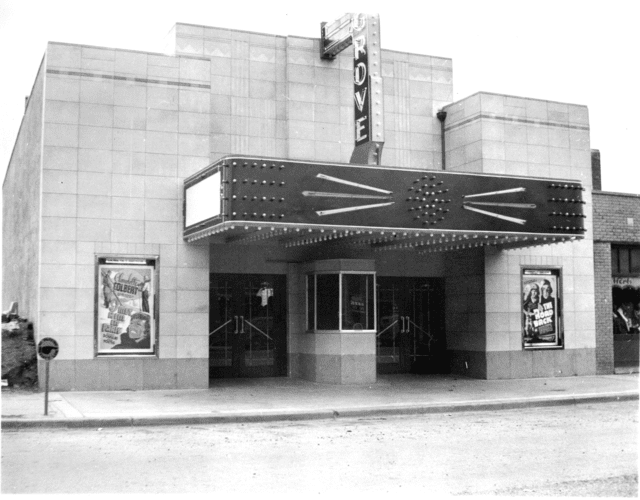 Beech Grove, Indiana (September 14, 2017) - The Grove Theater was a typical neighborhood theater in Beech Grove, Indiana, that was located at 511 Main Street. It was on the south side of Main Street in the middle of the block between 5th and 6th Streets. It opened October 17, 1937 and survived as a movie theater into the early-1960’s. 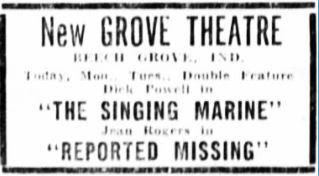 Late in its life, a stage was built in front of the screen and successive owners attempted to present live country music shows along with movies. The building was demolished in the middle-1960’s.