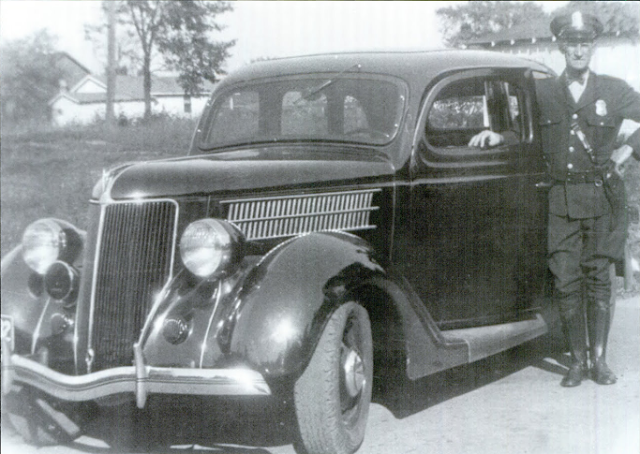 Beech Grove, Indiana (October 4, 2017)  - When Beech Grove was incorporated as a city, Mayor Charles Adams appointed a town marshal named Charles Lough Sr. as Beech Grove's first Chief of Police in 1936. The town's first policeman was J.C. Johnson. Charles E. Lough Sr. was born in Clinton County and lived at 91 North Seventh Street in Beech Grove. He was also a member of the Beech Grove Methodist Church and the Masonic Lodge.

The city paid Charles Lough Sr. $105 per Month, and during his term the city equipped him with a $475 police cruiser. As the town grew, so did the department's arsenal of crime fighting gadgetry, including a $30 one way radio, fingerprinting system and in 1946 a two way radio.

From 1924 until 1974, the police department was located in the City Hall building. Under chief of police and future Mayor, J.Warner Wiley, plans were initiated to build a new ultra modern facility at 340 Churchman Avenue named the Public Service Campus. The building included several modern facilities including a pistol range, training room, library, photographic darkroom and a cutting edge computer and commutation facilities.