Beech Grove, IN (December 6, 2019) — A man is facing four charges, including murder, in connection with a bar gunfight that killed another man. Derek Oechsle, 32, of Beech Grove also was charged Thursday with attempted murder, battery and criminal recklessness in connection with the fatal shooting of Christopher Smith, 41, of Indianapolis on November 29 at Jake's Pub. 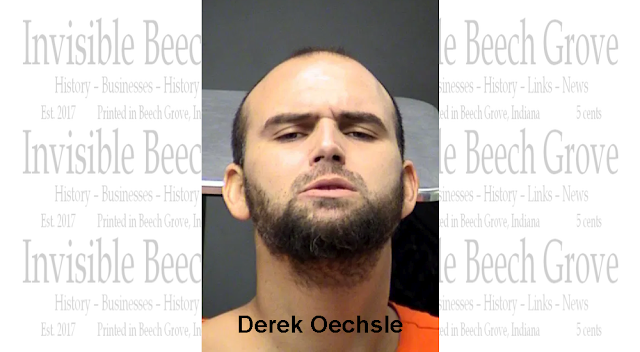 Witnesses told police Oechsle came into the bar and sat down across from a group celebrating Smith's bachelor party, The Indianapolis Star reported, citing a probable cause affidavit.

One member of the group who told police Oechsle stared at him and asked Oechsle whether he thought he was pretty. Oechsle got up, pulled out a gun and hit the man in the head with it, the affidavit said.


Smith was trying to separate the two when Oechsle allegedly fired and struck Smith several times, the affidavit said. Smith suffered one shot to the head and one shot that hit multiple organs.

Another witness pulled out his own gun and shot Oechsle, who then ran outside and fell, the affidavit said. Smith and Oechsle were taken to a hospital, where Smith was pronounced dead.

Oechsle was booked into the Marion County Jail. His attorney said he had no comment on the case at this time.