Josh Fryar pleased to be offered by FSU Football

Beech Grove, IN (January 22, 2019) IBG — Three-star junior offensive lineman Josh Fryar was offered by Florida State on Tuesday. It didn't mark the starting point of Fryar's relationship with the Seminoles. Fryar has visited FSU at least three times - last spring for practice, camping over the summer and then for a game this past season.

He has also maintained regular contact with offensive line coach Greg Frey for much of the past year. His relationship with FSU's current offensive line coach pre-dates his recruitment and Frey's time at FSU. “I know him from Indiana. My dad played at Indiana and they had a close bond. I went to Indiana when I was younger and met him, I just always loved him,” Fryar had told Noles 247 in a prior interview. 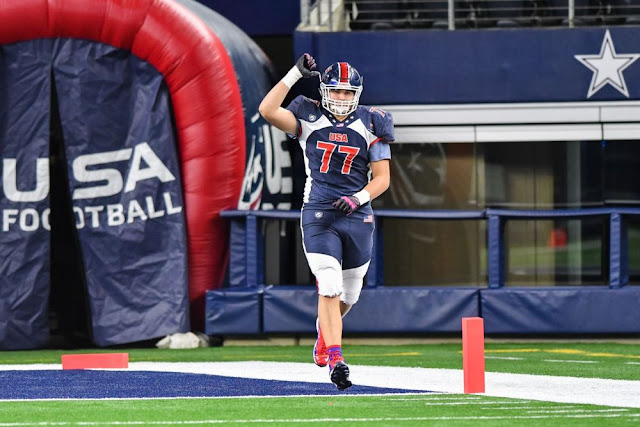 Still, the offer finally being extended to the 6-foot-5, 305-pound lineman marked another important day in the process between he and FSU. "It means a lot," Fryar said on Wednesday afternoon. Fryar spoke with Frey about the offer. "Coach Frey said that I am a great talent and I need to get down there for a visit," Fryar said of their conversation.

At this time, Fryar doesn't know when he will next make his way to Tallahassee for another visit. Back in June, Fryar stated after attending FSU's camp that if an offer was extended 'I think I’d commit right there.

Coach Frey would be a great mentor for me.' But months have passed and his recruitment has taken offer - more than a dozen offers and plenty of others interested. So do those words still hold weight? "I would say yes and no," Fryar said.


The 6-foot-4.5, 295-pound lineman made it clear that FSU is still a school that interests him a great deal. Potentially playing for Frey is also very appealing. He just isn't yet ready to put an end to his recruitment at this time.

Fryar is considered the No. 5 offensive center in the 2020 class by the 247Sports Composite Rankings. The 247Sports team Crystal Ball reads 100% for the Seminoles, with three total predictions to date.