Beech Grove, IN (October 21, 2019) — Over the summer, a woman who lived in a Greenwood apartment complex was grazed with a bullet when a drug deal went wrong. The marijuana-sale-turned-robbery that led to her injury was arranged via a social media application and happened in early July, police said.

The Beech Grove man accused of shooting at the ceiling in the botched drug deal and causing the injuries to the woman is facing a jury trial this week. 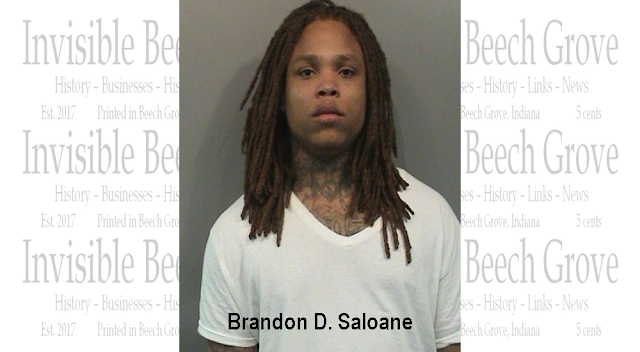 Brandon D. Saloane’s trial starts Tuesday in the Johnson County Circuit Court. He is facing four felony charges from the events that happened on July 4. The trial is expected to last two to three days. Charges include two level 3 felonies of armed robbery and robbery, a level 4 felony of unlawful possession of a firearm by a serious violent felon and a level 6 felony of battery with moderate bodily injury.

Chief Deputy Prosecutor Daylon Welliver will argue the case and is expecting to call at least six witnesses, although more could be called for the prosecution’s case, he said. Saloane has opted to represent himself in the proceedings, Welliver said.

The charges and trial stem from the July 4 robbery in the 900 block of Coventry Court, which is in an apartment complex west of U.S. 31, between Fry Road and County Line Road in Greenwood.

The resident of the apartment told police he had received a message from a woman on Snapchat who was wanting to buy marijuana, according to a probable cause affidavit. Snapchat is a cell phone application where messages and photos are only available to users for short periods of time.

A man was going to come to the Greenwood apartment to pay for the marijuana, according to court documents. Saloane arrived and paid the resident $180 in cash and, in return, was given marijuana. Saloane used the restroom, then shoved a gun into the resident’s side and told him to give him “everything,” court documents said.

A female resident of the apartment was hit in the face with the gun, then Saloane fired the gun at the ceiling, or it went off while he was hitting her. The bullet grazed her cheek, and she and the male resident fled the apartment and called 911, a Greenwood police report said. 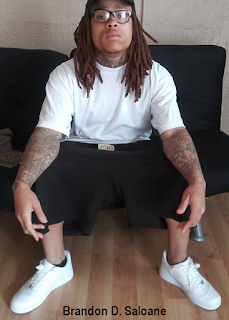 While they were waiting for police outside, they saw the robber, later identified as Saloane, leave the apartment with items shoved up his shirt, the report said. They later determined he had taken $2,000 and about a quarter of a pound of marijuana, police said.

The victim was taken to Community Hospital South, where she received eight stitches in her cheek. The next day, police learned about a possible suspect when a woman reported to police she had set up the drug deal and Saloane had stolen her gun.

The woman who set up the drug deal had met Saloane about a month earlier, and the two smoked weed together, she told police. She said she arranged for Saloane to buy the marijuana, but he then took her handgun and robbed the people he was supposed to be purchasing marijuana from, she told police.


Saloane was arrested after the robbery at an apartment in Beech Grove, and police found marijuana and digital scales in the apartment and his vehicle, the report said. He told detectives he had thrown the gun in a river because he did not want his parole officer to find it, court documents said.

Saloane had been on parole for two attempted robbery convictions in Hendricks County, and a drug possession conviction in Marion County in 2014. He was sentenced to more than five years in prison for those convictions.