Attired in their best costumes the performers gave a dazzling display. They won the hearts of those who thronged the venue to witness the show. The program commenced with 'Pancha Bhuta' enthralling dance that can be perceived by all five senses -- hearing, touch, sight, taste and smell. 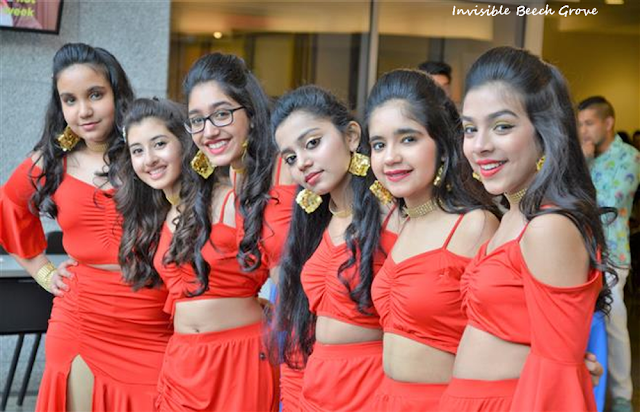 Valor--journey of the Real Heroes --depicted the life of a soldier filled with perseverance, courage, dedication, sacrifice, happiness and love. The enactment of the popular Hindi film 'Border' scene was appreciated and loved by the spectators the most. Bollywood Tussaud introduced the spectators Who is Who of Bollywood, showcasing their moves on foot tapping numbers. 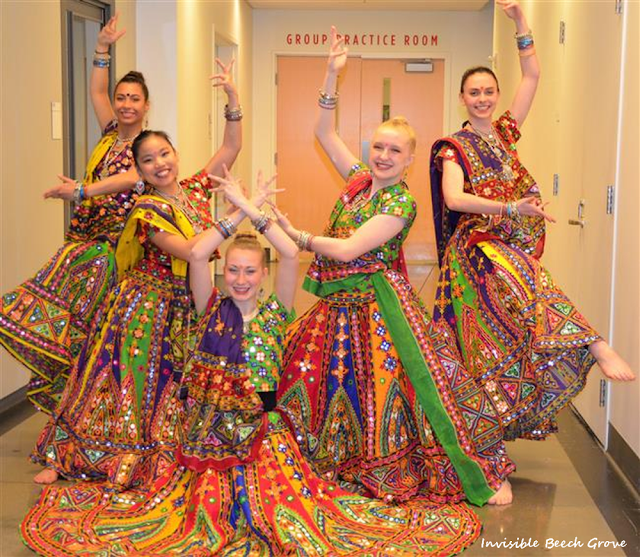 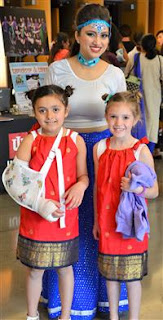 Two little girls -- Olivia and Elly -- were impressed with the colorful dresses and amazing display by the performers. "Jenny Bhupatkar Chakrabarti Bollywood Beats Annual Performance JASHN just gets better year after year and leaves audience with awe. Your creativity, visuals, costumes and choreography was simply amazing in all of the acts.

It is hard to pick one favorite whether it was the story of soldiers of courage, rigor, teamwork and service or Bollywood museum of Tussade with medley of melodious popular numbers or dance representation of five elements," wrote Ruppal Thaker Thanawala on Facebook. "With a billiant dancer and visionary idea as her calling, Jenny Bhupatkar Chakrabarti, the Founder and guiding force behind the Bollywood Beats, got to work to share her talents with Indiana.

The 2019 JASHN lived up to the billing on the Program Cover: "Spectacular performance by Bollywood Beats and their Extravagant Dances, Foot Tapping (rocking) Music" at the IUPUI Campus Center Theater in Indianapolis on Saturday afternoon......," commented noted artist and community leader KP Singh.