Indianapolis, IN (April 17, 2019) IBG — State Senator Ron Alting is not giving up on funding for the Hoosier State Rail Line. That's the Amtrak rail line that connects Indianapolis to Chicago, and runs through Lafayette and Rensselaer. As  previously reported, it first became evident that the line might lose its funding back in February of this year, and Amtrak suspended the ticket sales for the line earlier this month.

Funding for the line has not been included throughout the entire process of getting the state budget through the statehouse. 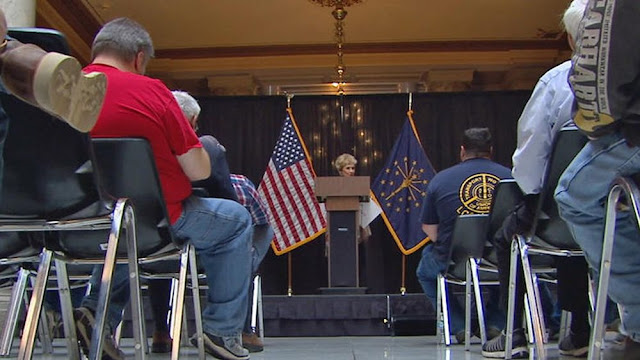 He said that is why he was asked not to propose his amendment yesterday, which was the deadline to make changes to the state budget. However, Senator Alting and other legislators, like Representatives Campbell, Klinker, and Negele, are still fighting to get $6 million into the budget for it.

He added that he is grateful for the support and collaboration of his fellow legislators from this area.

Senator Alting spoke at the Indiana Passenger and Rail Alliance rally at the statehouse on Wednesday afternoon. Representatives Campbell and Klinker also attended the rally to show support. He hopes the rally will show the importance of the passenger rail line to his fellow legislators. Especially considering the number of his constituents who utilize the line regularly.


"It's a necessity in Tippecanoe County," he said. "We have a variety of people who ride it. Students going home to visit their families, which is a quality of life issue, we have economic development people that ride it to go to various meetings in Chicago and elsewhere, we have families who travel to Chicago for fun."

Beech Grove Connection
The lack of funding for the Hoosier State line will also relocate the jobs of 500 Hoosiers who work at an Amtrak maintenance facility in Beech Grove to other states in the Midwest that are investing in rail transportation.