Dome car from the 50's could be in Beech Grove

Beech Grove, IN (August 30, 2019) — Amtrak's Great Dome car, a regular feature during fall foliage season on the Adirondack between Albany and Montreal, has been retired. The two-level passenger car with a glassed-in upper level stretching the length of the car was the last of a fleet of six originally built for the Great Northern Railway's Empire Builder between Chicago and Seattle in the mid-1950's. 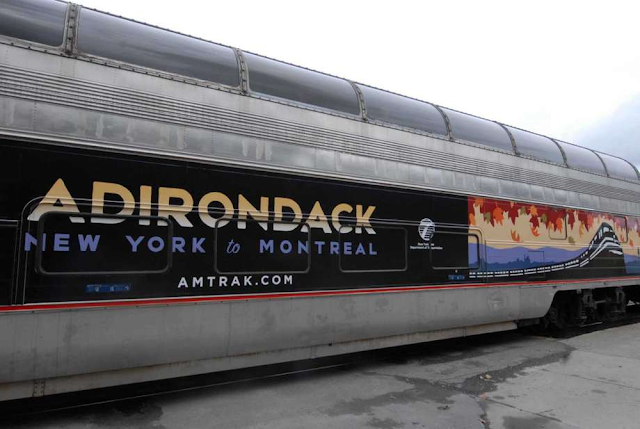 The exterior of the Amtrak dome car that gives a panoramic view of the Adirondack fall foliage.

The Milwaukee Road operated its own fleet of 10 "Super Dome" cars that were similar in appearance, with the glassed-in upper level also stretching the full length of the railroad car. They were used on the railroad's Hiawatha passenger trains and later on such trains as the City of Denver. Those dome cars ended up with cruise lines or scenic railroads. 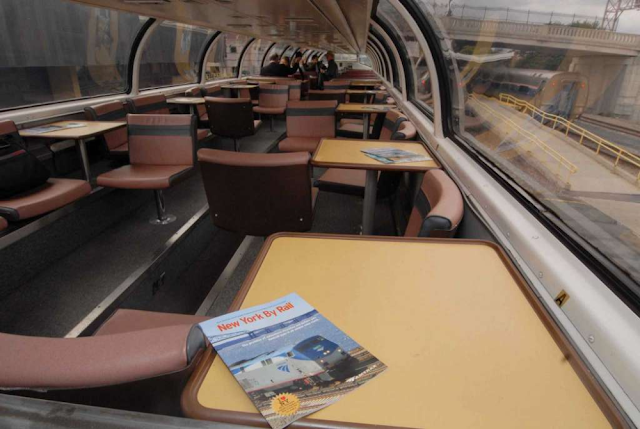 Interior of the Amtrak dome car which operated on the Adirondack during the autumn foliage season in Troy ,New York 10/01/2009. Michael P. Farrell / Times Union

Amtrak spokesman Jason Abrams said "due to the age and expense of maintaining this vintage car, the Great Dome Car will no longer operate as part of Amtrak's fleet."

Amtrak now operates two-level Superliner lounge cars with windows that stretch from just above the floor to wrap around part of the ceiling. Because of the cars' height, they operate mainly between Chicago and destinations in the south and west. Lower clearances on eastern routes prevent them from operating into New York City. That's why the Great Dome car operated on the Adirondack only between Albany and Montreal.