Beech Grove, IN (November 26, 2019) IBG — Lloyd Wright, CEO and President of WFYI, will be the recipient of an Honorary Doctorate of Humane Letters and will deliver Commencement remarks at Butler University’s 2019 Winter Commencement.

Winter Commencement will take place Friday, December 20, at 6:30 PM in Clowes Memorial Hall. About 150 students are expected to receive their diplomas. 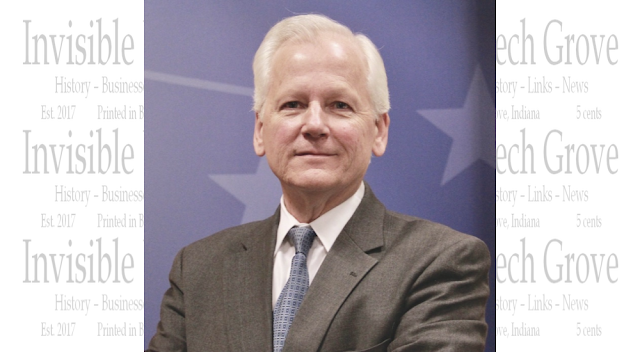 “In choosing honorary degree recipients and speakers, Butler selects individuals whose lives reflect our University’s core values and whose message can positively impact our students,” President James M. Danko says. “Lloyd Wright embodies not only the calculated risk-taking we encourage in our students, but our values of innovation and visionary leadership.”

Wright, who retired from WFYI in July after 30 years as President and CEO, led the station through incredible transformation and growth. He anticipated the impact that technological advances would have on the broadcast industry and embraced change, guiding the station into the era of high-definition.

Wright’s career includes more than 120 regional Emmy Awards, WFYI's physical move in 2008 to its modern facility at 1630 N. Meridian St., and three capital campaigns that raised a total of more than $34 million. Wright also served as founder and President of the WFYI Foundation.

“I’ve been a Butler University fan nearly my entire life, and WFYI has enjoyed numerous collaborations over the years,” Wright says. “I am humbled and honored to be recognized by Butler and to be associated with The Butler Way.”

A Beech Grove, Indiana native, Wright graduated from Indiana University in 1976. He started his career as Director of Instructional Broadcasting with the Indiana Department of Education. Wright then served for six years as Broadcast Operations Manager at WTTW in Chicago before returning to Indiana.

Butler’s selection of commencement speakers and honorary degree recipients is a result of a nomination process, and subsequent review and vetting process.