Beech Grove, IN (November 27, 2019) IBG — Across the U.S., more than 2,000 people have reported vaping-related lung illnesses, and 47 have died. Some vaping happens in schools, so they share the burden of bringing this crisis under control. Which raises the question: what should the consequences be for a student caught vaping?

Some of these devices look like a flash drive, no bigger than a couple of inches. The smoke or vapor they release has little to no smell. Basically, they’re really easy to hide and are a nightmare for educators. 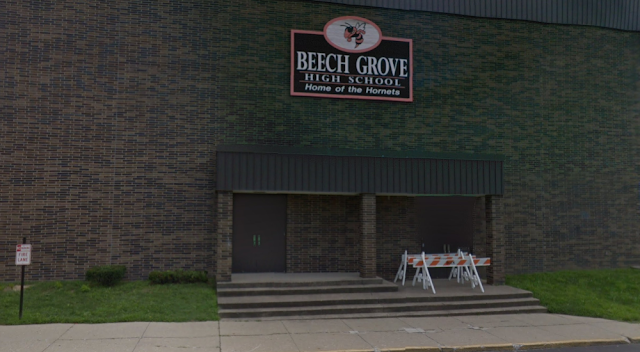 Students caught the first time face an in-school suspension, she says. That means they have to complete educational materials on vaping and their parents are included too. They also can be connected to counseling. For a second offense, they’ll be suspended out of school.

"I think you'd be hard-pressed to find a school that was not sort of supplementing those resources with some type of school punishment," Walters says.

Still, Walters says striking this balance between discipline and help for students is a tough, daily conversation. Principals and teacher realize schools are structured and at home students may have much more freedom.

"But then eventually, we have to make sure that students recognize they cannot continue to do things in a school environment that is detrimental to the school environment," Walters says. "And that's hard. That is very hard."

In Spencer-Owen Community Schools, about an hour south of Indianapolis, a high school student got sick this fall after vaping a marijuana-laced e-cigarette. He went to the school nurse, and was reported to other school officials.

The student’s mother, Shannon Houck told RTV6, "How are we supposed to tell our children if you have a medical problem -- even if it is smoking a vape in school, and I understand he did wrong by doing that -- we’re teaching them don’t go to the school officials, don’t go to the nurse because you can get in trouble."

And that’s an important question, because more kids are vaping than ever before. The Centers for Disease Control and Prevention says 1 in 4 high school students have used an e-cigarette in the last 30 days.

So now schools are left to decide how to handle these students.

Spencer-Owen Community Schools says it followed policy. And in most Indiana school districts, a student who vapes in school would be suspended or expelled after one or more instances.

"Teenagers are frustrating and impulsive, and what they respond best to is what's hardest." -Dr. Sarah Bosslet

"As adults, we think that ought to work, right?" says Dr. Sarah Bosslet, past president of Indiana's Chapter of the American Academy of Pediatrics says. "Because If you just tell them, ‘Look, if you do this, you're going to get kicked out,’ they won't do it.

"But anyone who's raised a teenager knows that that's not an effective strategy. Teenagers are frustrating and impulsive. And what they respond best to is what's hardest: individual attention and extra effort when they are at risk."

As a pediatrician, Bosslet sees students vaping by sixth grade. And she says suspending these students can lead to more dangerous behavior, like vaping at home or using drugs.

"The worst thing you can do is isolate them and exclude them from activities that keep them busy and engaged and connected to their peers and to adults that they trust," Bosslet says.

She says there should be some kind of consequence for vaping: community service, additional education. But she and others say suspension isn’t the answer.

"I think school nurses see themselves as the leader on the forefront of this as a health problem," says Deb Robarge, executive director of the Indiana Association of School Nurses.

She’s also worried about how this sort of discipline can affect students. "I think we're concerned that we want them to get their education, we don't want them to lose out on opportunities they have only as a child because they've gotten caught up in this craze."

So for schools, is this a discipline issue, or a public health issue?

"I think it's somewhere in between," Robarge says. "And I've tried to kind of poll nurses across Indiana. But also, across the country … I think what a lot of school nurses are feeling like it's a mixture."

Some help for schools might be on the way. Raising the age to buy e-cigarettes and tobacco products from 18 to 21 will be at the forefront of the 2020 Indiana legislative session. A similar federal law also has been proposed.