Beech Grove, IN (February 8, 2019) IBG — Supporters of the Hoosier State train are fighting for continued public funding of the Indianapolis-to-Chicago rail service—even as they acknowledge that the route’s travel times and ridership levels are both in need of improvement.

For the past two years, Indiana has contributed $3 million annually to support Amtrak’s Hoosier State service, which runs between the cities four days a week. But that financing ends June 30, and Gov. Eric Holcomb did not include Hoosier State funding in his proposed budget for the two years beginning July 1. 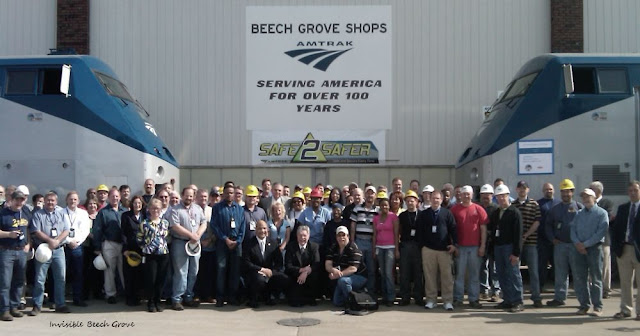 The governor’s spending plan isn’t binding—House lawmakers will introduce their own version of the budget in weeks to come—so supporters of the Hoosier State line aren’t panicking yet. But they are working to advance their views.

Tod Bassler of Indianapolis, a board member of the not-for-profit Indiana Passenger Rail Alliance, said the route is an important part of Indiana’s transportation infrastructure, serving business people to college students.

“Killing it is not a good idea for Indiana,” Bassler said. “We’ve already talked to our lawmakers. We’re promoting a letter to write to lawmakers to ask them to continue to support funding the train.”

The Hoosier State is one of Amtrak’s 29 state-supported routes around the country. Indiana began subsidizing the Hoosier State in 2013, after Congress ended federal funding for Amtrak passenger routes shorter than 750 miles.

In addition to state funding, the Hoosier State also receives a combined $500,000 annually from five local communities along the route: Crawfordsville, Lafayette, West Lafayette, Tippecanoe County and Rensselaer.
The Hoosier State line has a bit of a rocky history. Iowa Pacific Holdings, which operated the service beginning in 2015, pulled out two years later after the state denied the railroad’s request for additional funding. Amtrak, which had run the service when it was federally supported, came back to run it again.

Until Hoosier State funding became a line item in the current state budget, state funding came from a variety of sources, including a 2015 tax amnesty program that supported the service for the 2015-2017 budget cycle.

The line’s ridership is the smallest of Amtrak’s state-supported routes, and its ridership has declined over the past five years.

During Amtrak’s 2014 fiscal year, which began in October 2013, the Hoosier State carried 33,930 passengers. That number dropped to 27,876 in the 2018 fiscal year, which ended Sept. 30. Ridership was up 4.3 percent during the first three months of the current fiscal year.

Put another way: For every ticket sold, Amtrak receives $32.85 from passengers (including train fare and on-train food and beverage sales) and $100.89 in state and local funding.

The state’s contract with Amtrak doesn’t specify ridership targets, Manning said, but INDOT entered into the contract looking for growth.

“The state’s desire has been for ridership to increase to a level that would reduce the need for such a large percentage of financial support coming from the taxpayers. To date, those increases in ridership have not materialized,”

For their part, Amtrak officials said there’s only so much they can do to boost ridership. The Hoosier State takes nearly five hours to travel from Indianapolis to Chicago, two hours longer than it takes to drive between the two cities’ train stations.

Reducing the length of that trip is critical, said Amtrak spokesman Marc Magliari. “We’ve said for a long time that the route needs investment for it to be competitive for drive times,” Magliari said. “Ridership isn’t going to change significantly without a change in the product.”

But Amtrak doesn’t own the rails between here and Chicago; it pays freight-rail companies for the right to run on their tracks. So even though Amtrak wants improvements on the Hoosier State, it doesn’t control the infrastructure.

For most of its 196-mile route, the Hoosier State runs on CSX-owned tracks.

In February 2018, Patrick Engineering did a study for INDOT that analyzed the capacity for passenger and freight traffic along the Hoosier State line. That study looked at the infrastructure improvements that would need to be completed to preserve freight rail capacity if the Hoosier State line were to increase to two round trips daily.

One of the assumptions of the study was that INDOT and other financial supporters would pay for upgrades to existing CSX tracks, allowing the Hoosier State to achieve operating speeds of up to 79 miles per hour. But so far those plans have not advanced. And INDOT has not included any Hoosier State capital improvements in its state budget request, Manning said.

Nor is CSX eyeing big outlays on its end.

“At this time, other than routine maintenance, there are no plans for larger-scale infrastructure improvements along this area of track,” a CSX spokesperson told IBJ.

“I think probably the most viable option, should there be long-term investments, is a federal grant,” Manning said. Federal grants typically require a local match that could be shared by INDOT, Amtrak and CSX, Manning said.

Amtrak has partnered successfully with Illinois, Michigan, Missouri and Wisconsin to pursue federal funding to upgrade passenger service in those states, Magliari said. “We’re willing and have offered to work with the state of Indiana, as we have with other states, to go after federal dollars to improve this route.”

But in Indiana, Manning said, “I’m not aware that we’ve had formal discussions with Amtrak or CSX about pursuing a grant at this point.”

If public funding for the Hoosier State were to evaporate, Indiana would still have a rail connection to Chicago. Amtrak’s Cardinal line, which links Chicago with New York City, departs Indianapolis for Chicago on Mondays, Thursdays and Saturdays.

Still, Hoosier State supporters say Indiana can’t afford to lose what they see as a vital link in the state’s transportation infrastructure.

“If they increase the frequency and the speeds, they’ll see a significant increase in utilization,” the Indiana Passenger Rail Alliance’s Bassler said. “If you kill it, it’s going to be very hard and very expensive to bring back.” Amtrak’s Magliari echoed that sentiment. If Amtrak drops the Hoosier State, he said, the freight railroads will fill that capacity with their own trains. “If we stop running as often as we’re running, it becomes difficult to run again.”

A reduced frequency between Indianapolis and Chicago would also hurt operations at Amtrak’s Beech Grove heavy maintenance facility, which employs about 500 people. The facility is one of three such operations in Amtrak’s system, and it does work for Amtrak and other rail companies.

If service drops to three days a week, Magliari said, the Beech Grove facility would lose flexibility to ship equipment back and forth on the line.

Investing in passenger train service is also beneficial for other reasons, Bassler said, especially as surrounding states improve their own service. “Illinois, Wisconsin and Michigan are doing great with their passenger rail services. Indiana, we’re on the fence—but we could go either way,” he said.

Rail service is especially important to international students at Purdue University, who fly into Chicago and need a way to get to campus, Bassler said. 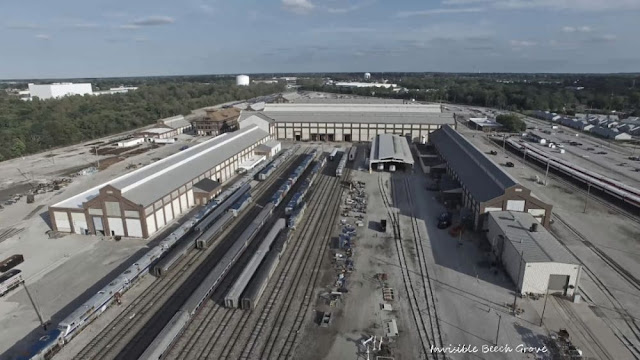 Purdue was unable to provide someone to talk about the Hoosier State by IBJ’s print deadline. But a 2017 study from the school’s Joint Transportation Research Program suggests the Hoosier State’s importance to the school. That study, which was based on passenger surveys, showed that 35 percent of Hoosier State passengers in 2016 were 18 to 24 years old. And about a third of passengers identified themselves as students.

Among passengers who started their train trip in Chicago, 40 percent were bound for Lafayette. Another 45 percent traveled all the way to Indianapolis, and the remaining 15 percent exited at either Dyer, Rensselaer or Crawfordsville. Bassler said when he rides the Hoosier State, he sees a mix of students, business and leisure travelers, along with Amish passengers.

Sen. Michael Crider, R-Greenfield, who chairs the Senate Homeland Security and Transportation Committee, said he was unaware that the governor’s proposed budget does not include Hoosier State funding. Likewise, Crider said he hasn’t heard of any Amtrak or rail-service bills making their way through the Senate.

But Crider, who is also a member of the Senate Appropriations Committee, said he expects the issue to come up during the legislative session. “I’m sure we’ll have some discussions about it.” Speaking of rail service more generally, he said, legislators are aware of its importance to the state, especially as freight volumes increase. “It’s a growing concern that we support the rail industry.”