Beech Grove, IN (March 3, 2019) IBG — The Beech Grove Hornets have dedicated their season to their beloved coach Matt English who died in December after a 7-year battle with brain cancer. His team has won the last eight games and capped off this part of their season Saturday night by bringing home their first sectional championship since 2008 with a 48-45 win over Manual High School. 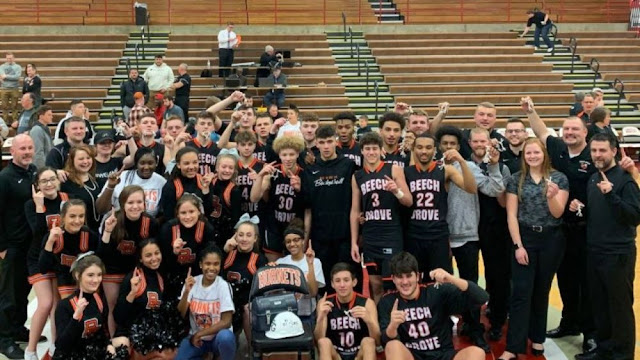 It was a celebration of its own, but the victory was even sweeter for the boys knowing it was in honor of their favorite coach.

Watch the story in the video player above.

Earlier this year, Beech Grove honored Coach English by renaming the gymnasium "Matt English Court." English had been with Beech Grove schools for 10 years. Beech Grove will play Greencastle in regionals at 10 a.m. on Saturday, March 9.