Beech Grove, IN (July 17, 2019) — The Beech Grove Masonic Lodge is hoping to salvage a big piece of presidential history after a large fire destroyed a substantial portion of their building. Fire broke out at about 3:00 AM, July 8th at Beech Grove Lodge 694 on the south side of Indianapolis.

The fire damaged most of the second floor, including the roof and attic. “The first floor has severe water damage and will probably need to be completely gutted,” said Kevin Upshaw, Master of Beech Grove Masonic Lodge.

A few valuable pieces of history got caught in the flames, including remnants of a visit by U.S. President Harry Truman.

“October 15th 1948, president Harry Truman visited Beech Grove lodge — We still use that chair that Harry Truman sat in, and it's really special to us,” Worshipful Master Kevin Upshaw said. 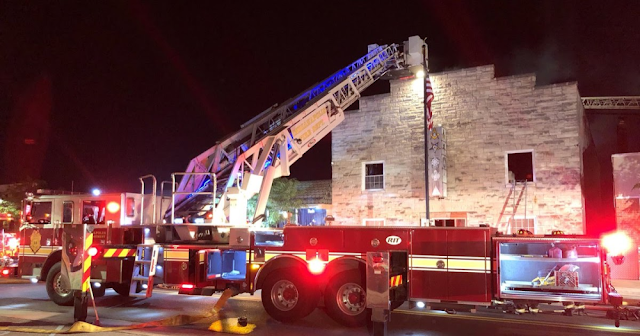 Beech Grove Lodge is noteworthy in Indiana’s Masonic history, as well as to the cultural heritage of the fraternity. In 1948, President Harry S Truman famously snuck away from the press during a campaign stopover in Indianapolis to attend the Master Mason degree of Donald Bauermeister, a young sailor from Indiana who was his physical therapist on board the Presidential Yacht back in Washington.


The President was crisscrossing the Midwest on a whistle stop campaign tour, and was traveling through Indiana at the time. Don and his father had attended Truman’s stump speech in Kokomo earlier in the day, and were invited by the President to ride in his private railroad car the rest of the way into the city. While underway, Truman suddenly informed his staff that he wished to visit the Beech Grove Masonic lodge that evening.

Harry Truman was an enthusiastic Freemason. Before becoming President in 1945, Truman had served as Grand Master for the Grand Lodge of Missouri, and remained an active supporter of the fraternity all his life. 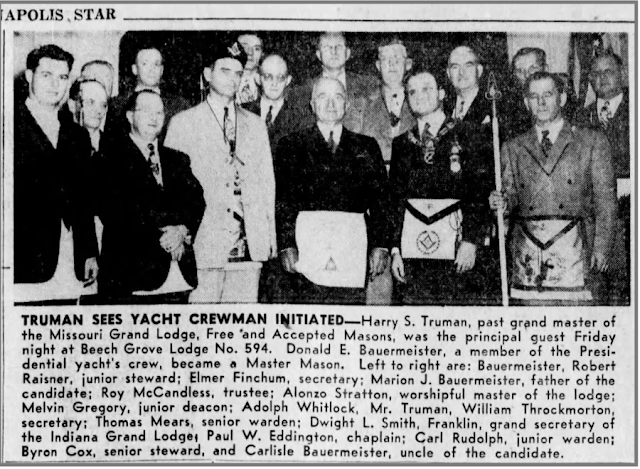 Rumors of the President’s ‘secret’ trip to Beech Grove that night spread like wildfire, especially among the railroad community. The Secret Service had taken pains to convince the press that Truman had gone to bed early aboard his train at Union Station, and even used a body double decoy to convince them. Nevertheless, over a thousand people gathered in the streets outside of the lodge to try to catch a glimpse of the President entering the Masonic Hall at 7th and Main Streets.

Truman was famously on a campaign stop when he snuck away from the press to attend the Master Mason degree ceremony of a young sailor from Indiana who was his physical therapist on board the Presidential Yacht. Eventually, many of the items he touched and used during the ceremony would become part of the lodge’s history and lore. 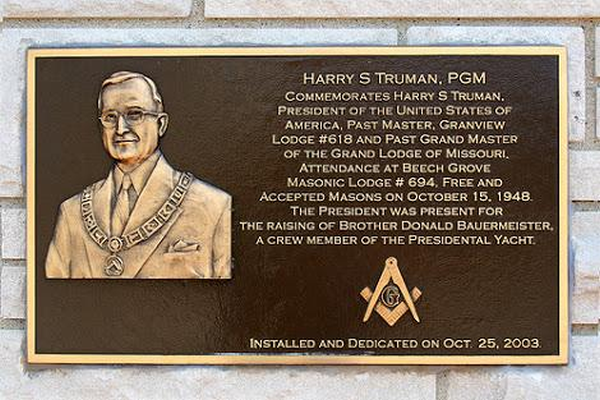 Plaque outside the lodge

"By the time the president showed up here, there were 1,000 people in the streets surrounding this wanting to catch a glimpse of the president. It is an example of national history, because even today, it's very unusual for a president to suddenly say, 'Hold it, I want to go and do this,'" associate director for the Masonic Library and Museum of Indiana Chris Hodapp said.

Everything from the “master’s chair” Truman sat in to items he used instantly became invaluable to the lodge. Now, many of those items are charred or covered in smoke and ash. Members of the lodge haven’t had the chance to evaluate all of the damage due to the building being unsafe.

He arrived just before the second section of the degree began, and nearly three hundred Masons packed into the lodge room, the social areas, and even lined the staircase. Because Masonic degree rituals are considered secret, Truman’s non-Mason security agents were not permitted to actually enter the lodge room during the ceremony. Forced to wait nervously outside, the President assured them he was in the safest possible place on Earth.

Inside, Truman was invited to preside over the ceremony, and sat in the Master’s chair. When asked how he wanted to be formally introduced to the gathered members and visitors, he humbly declined the presidential title and instead asked to be identified simply as a Past Grand Master of Missouri.

Monday's blaze started on the second floor near the East in the lodge room, and authorities have determined the fire was caused by an electrical problem. Thankfully, there were no injuries. The lodge room and about a third of the roof and attic area are a total loss, but the flames were confined to those areas by the closed Tyler's and Preparation room doors. 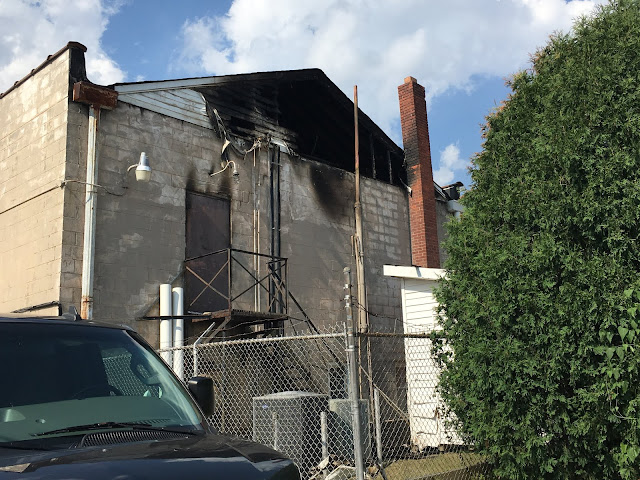 The present hall of Beech Grove Lodge was dedicated in 1942. Because of the major structural loss and tremendous water and smoke damage, it is expected that the building will be gutted and rebuilt, but the exterior facade will be retained. Charters of the lodge and the Eastern Star chapter were both consumed by the fire. On Wednesday members and work crews were hurriedly attempting to remove all surviving paper records and any other salvageable items, as the building is now unstable. 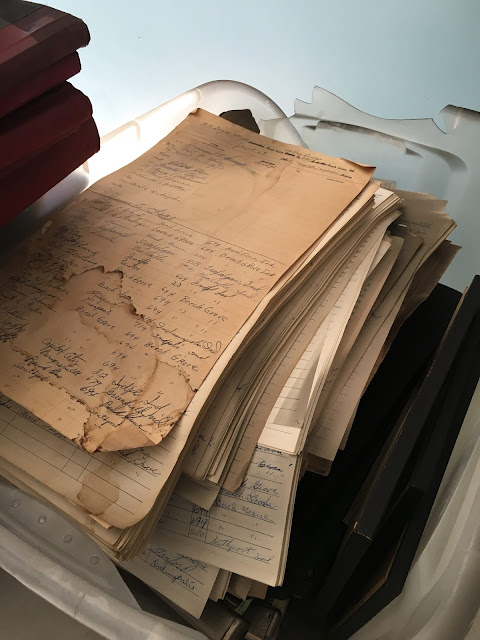 Members of the lodge report that the famous meeting’s 1948 register book with the President’s signature suffered smoke damage from the fire, along with original photographs from the event. The Master's chair that President Truman sat in is currently buried under the collapsed portion of the roof beams, but a preliminary look holds out the possibility that it can be salvaged.

Upshaw says they’re still waiting on damage totals, but estimates are well within the tens of thousands of dollars. He says they plan to rebuild, but first must take stock of everything. Until then, they’re relying on the help of other lodges to get them through.

“We’ll keep going, and we’ll be back in there. It’s not the furniture that makes the lodge, it’s the brothers,” Upshaw said