Franklin, Indiana (May 8, 2019) IBG — A Beech Grove man was arrested after a teen less than 18 years old told police he threatened to kill her if she did not allow him to rape her, court documents said.

Timothy Garry Parks, 57, 1612 Main St., Beech Grove; was arrested on a charge of rape last week. The incident happened more than 18 months ago.

The teen told investigators that Parks raped her and performed another sexual act on her while they were staying at the same home in Franklin in October 2017, according to a probable cause affidavit filed in Johnson Circuit Court. 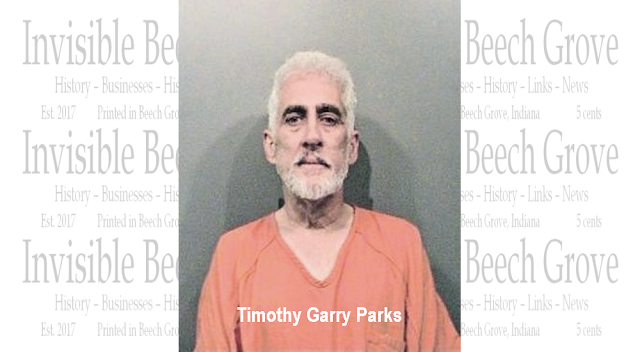 Parks and the teen were staying in the same home while the teen’s mother worked an overnight shift. The teen went to her mother’s bathroom to take a shower, according to the report.

A towel the teen was wearing came loose and fell off her. Parks was sitting on the bed, and he slapped her and grabbed her face to discipline her for the towel dropping, the teen told investigators.

When the teen tried to leave the room, he grabbed her arm and twisted it behind her. He told the teen that if she did not allow him to rape her, that he would break her neck, according to the probable cause affidavit.

Parks then performed another sexual act on the teen, laughed at her and said that the incidents had been her fault, the affidavit said.

The teen also told investigators that Parks had attempted to have sex with her in March 2018 when he grabbed her and began unbuttoning her pants. She slapped him and ran, the affidavit said.

The victim told her mother in July about the incidents and investigators with the Department of Child Services and Franklin Police began investigating earlier this year.

He was arrested early Thursday and booked into the Johnson County jail, where he is held on $32,000 bond.