Beech Grove, Indiana (May 22, 2019) IBG — Under Mario Cristobal, the Oregon Ducks football program has seen a dramatic rise in its recruiting haul, particularly along the offensive line.

That effort, and the talent flocking to Eugene, is not lost on top prospects around the country. And several of them are anxious to visit to learn what all the fuss is about. 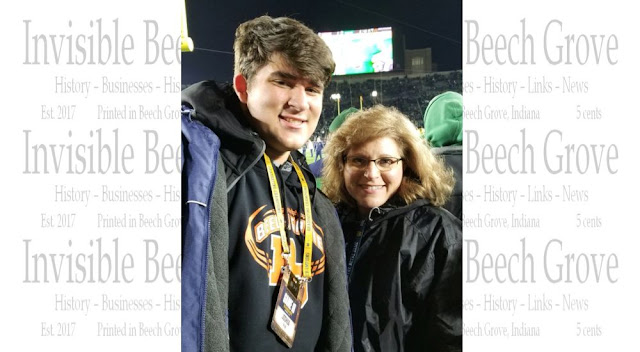 Despite his Midwest roots, he is quite familiar with the Oregon football program. “I know them well,” he said. “I watched them when I was growing up when they had De’Anthony Thomas.”

Fryar has also grown to appreciate the Cristobal era, particularly his emphasis on quality offensive line play. “(Cristobal) is awesome, and I think it’s the best because you see that they are getting up there to (being elite),” he said.

Oregon’s current eight-man 2020 recruiting class is rated No. 1 in the Pac-12 Conference and No. 12 nationally, but does not yet have an offensive line pledge. Given the limited options along the West Coast, Cristobal and his coaching staff may have to look across the United States to find offensive linemen that fit the program.

Fryar appears to be a fit, and is ready to check out Eugene.