This event was hosted by IndyStar and featured various awards, contests and a special appearance from Danica Patrick. 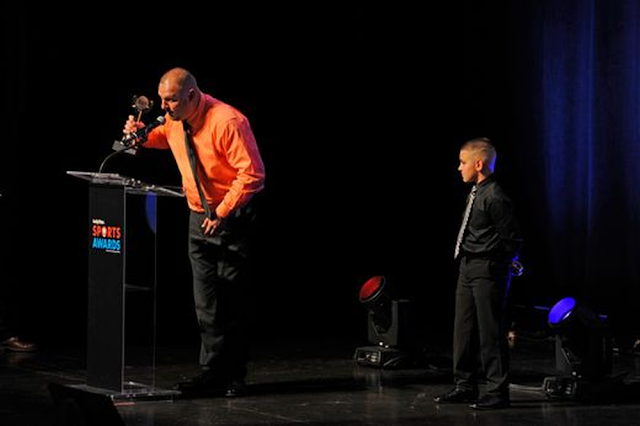 Mike Renfro accepts the Coach of the Year, as his son watches on during the Indiana Sports Awards at Clowes Hall on the campus of Butler University, Sunday, May 5, 2019.
(Photo:Doug McSchooler/for IndyStar)

Here are the winners from the 2019 IndyStar Sports Awards, announced at Clowes Memorial Hall on May 5, 2019: 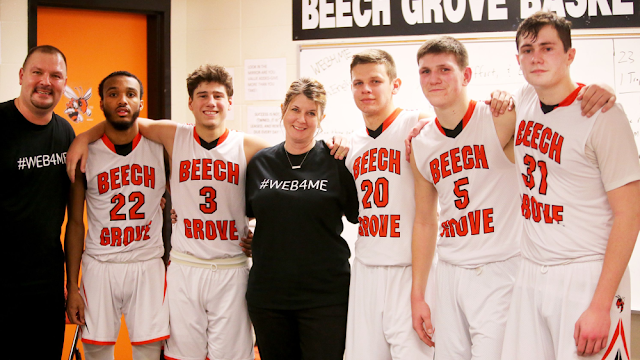 This team had to endure losing their head coach to brain cancer, but they supported and leaned on one another and went on to win Sectionals. 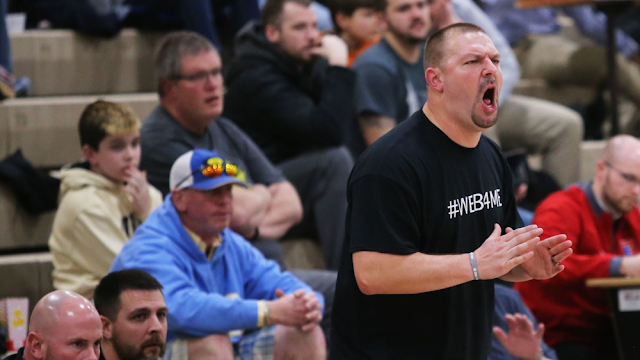 Mike Renfro was a close friend of Matt English and took over as coach this season. (Photo: David Dixon/Beech Grove High School)

Renfro took over the day-to-day operations of the Beech Grove basketball program as the health of head coach Matt English declined. English died in December after a third battle with brain cancer at the age of 45. The Hornets won their first sectional title since 2008.