Beech Grove, Indiana (May 25, 2019) - A new project is in the works at Nite Owls Saloon and Grill in Beech Grove, Indiana. They are currently beta testing with Twitch TV and Just Darts to live stream their dart matches with other matches from all over the world. 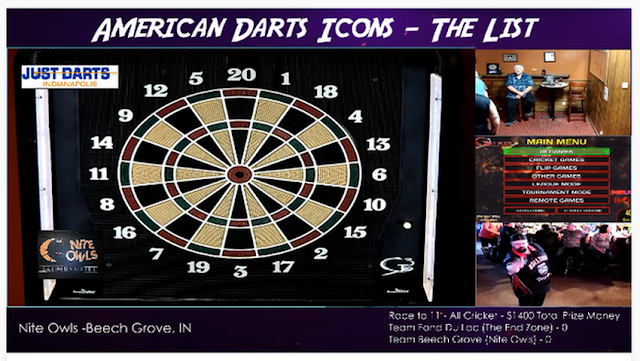 They are in beta mode as of right now but all indications show this to be a win win for all involved.

Just Darts is a family owned amusement and entertainment company that has been in business in Indianapolis since 1981. They started Just Darts by placing a few dart machines in a couple local bars. They have since then evolved into a full line amusement company operating many diverse machines such as juke boxes, pool tables, dart machines, and video games in many locations. Just Darts also runs dart, pool, golf and bowling leagues all year round.


Below is a recording of one of their remote tournaments


Nite Owls Saloon and Grill is located at 3535 South Emerson Avenue in Beech Grove, Indiana. They have a full food menu are renowned for their Hot Wings. You can follow them on Facebook below.