The Superior Court of Pennsylvania’s precedential ruling said that even though the late David Robbins worked 35 years for Consolidated Rail Corp. and its predecessor, the Penn Central railroad, in an Indianapolis rail yard, his family could choose to sue in Pennsylvania state court because current and former company officials who set policies allowing him to be exposed to cancer-causing chemicals and substances were located in Philadelphia.

“Mr. Robbins … identified four fact witnesses, all of whom reside in Pennsylvania and were former Consolidated Rail employees. Additionally, the trial court noted appellants conceded that it is unlikely any party would seek a request to view the train yard at issue,” wrote Judge Correale F. Stevens for the unanimous panel. “Although the decedent worked at the train yard in Indiana, the policies and procedures related to the decedent’s exposure to chemicals and cancer-causing substances were determined at Consolidated Rail’s headquarters in Philadelphia.” 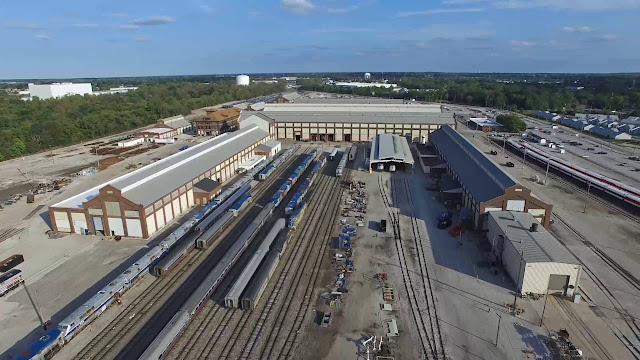 The appeals court upheld a Philadelphia judge’s denial of Conrail’s effort to have the case dismissed and moved to Indiana, ruling that the lower court had not abused its discretion by keeping the case in Pennsylvania.

David Robbins had worked from 1953 to 1989 at Indianapolis’ Beech Grove Train Yard, where his family alleges he was exposed to chemicals that resulted in his death from lung and liver cancer in 2014. His family filed a FELA lawsuit in the Philadelphia Court of Common Pleas in 2017, the opinion said.

Conrail and Penn Central sought to have the case dismissed on the basis that Pennsylvania was an inconvenient forum: None of Robbins’ employee records were kept there, Robbins had never lived or worked there, and two of his former supervisors the companies identified as likely witnesses lived in Indiana and Illinois.

“Michael Scully, director of risk management for Consolidated Rail… confirmed the decedent never worked for appellants in Pennsylvania, and employment records for the decedent are stored in Jacksonville, Florida, or Mount Laurel, New Jersey,” the opinion says. “Mr. Scully averred there may be additional former supervisors or co-workers yet to be identified; however, it was not expected that the supervisors or co-workers would have worked or lived in Pennsylvania.”

But when Robbins’ family identified the current and former Conrail officers they intended to call in Philadelphia and pointed out that the employee records in New Jersey were closer to Philadelphia than Indianapolis, the trial court sided with them and denied the companies’ motion to dismiss in December, 2017. The companies appealed to the Superior Court.

The Superior Court panel said the trial court had properly considered whether any “weighty reasons” supported overriding the Robbins family’s choice of forum and rightly concluded that they did not.

Although Conrail offered to waive the statute of limitations if the case were dismissed from Philadelphia so it could be refiled in Indiana, the convenience of getting witnesses and evidence to Philadelphia, and the interest of a Pennsylvania jury in the policies set by a Philadelphia-based company, weighed in favor of keeping the case here, the opinion said.

“The trial court relevantly concluded there was no evidence that Indiana would provide easier access to the decedent’s employment records, which are housed in New Jersey and/or Florida,” Judge Stevens wrote. “Mr. Robbins specifically averred he ‘intend[ed] to call four former [Consolidated Rail] employees who worked in Philadelphia as fact witnesses at trial including Marcia Comstock (medical director), William Barringer (safety director), Ramon Thomas (industrial hygienist), and Paul Kovac (occupational claims manager).’ ...Mr. Robbins noted it is ‘convenient’ that appellants named only the decedent’s former supervisors and appellant did not indicate any of their current employees would testify.”

The opinion also said the trial court did not abuse its discretion by failing to admit issues or facts that Robbins had not responded to in a timely fashion, since the original request for admissions had come to Robbins from CSX Transportation, which is a part-owner of Conrail but not a party to the case.

Joseph Cappelli, whose firm represented Robbins, said he was glad the Superior Court said Conrail’s presence in Philadelphia meant cases could be brought there, after local judges had different opinions on the forum issue.

“We have dozens and dozens of these cases currently in Philadelphia,” Cappelli said. “We’re extremely pleased with this court clearing that up and setting this issue straight.”

Counsel for Conrail and Penn Central did not respond to requests for comment Wednesday.

Robbins and his estate are represented by Thomas J. Joyce III and Shawn M. Sassaman of Bern Cappelli LLP.