Beech Grove, Indiana (June 6, 2019) IBG — A Beech Grove neighborhood is on edge after a family woke up to find a man in their house who was lurking near their children's bedroom.

A recent string of break-ins in the Byland Drive neighborhood has residents on alert. Wednesday, residents held a meeting to discuss what can be done. 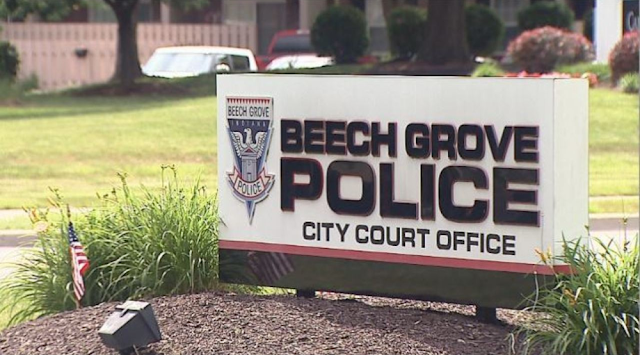 A dozen people turned out to a Citizens Patrol meeting. They had a chance to talk face-to-face with police to ask questions, and see what they can do to help police catch the person responsible.

"We don't usually have this kind of thing in Beech Grove. This is a very safe little town," resident Janice Black said. Black attended Wednesday's meeting. "When something like this happens, everybody is upset and frightened."

The first was over Memorial Day weekend.

Police say someone ripped out a screen of a home trying to get inside. However, police say the homeowners did not file a police report. Then Sunday morning just before 4 a.m. Beech Grove Police say a woman woke up to see a man standing in her hallway walking toward her children's bedroom.

That's when investigators said her husband grabbed his gun. But by the time he got to the hallway, the man was gone. Police released surveillance video of the June 2 incident that appears to show a young man running out of the home.

"I can't think of anything more shocking, to wake up in the middle of the night and see someone in your house," said Capt. Robert Mercuri with the Beech Grove Police Department.


While police aren't sure if the two incidents are connected, they are beefing up patrols in the area until the man is caught. Police have a message for the man behind this.

"You better be careful because people are armed, and you go into somebody else's house, you could absolutely end up in a very bad situation," said Capt. Mercuri.

Police say it's important to lock your doors and windows as well as to get to know your neighbors. Capt. Mercuri also urges anyone who may come in contact with this intruder not to approach him, but to call 911 first instead.

If you live in Beech Grove, the Beech Grove Citizens Patrol are looking for volunteers.