A 2008 federal law requires states to share the cost of Amtrak routes running less than 750 miles. An INDOT study under then-Governor Mike Pence in 2013 calculated the state was losing three-million dollars a year on the Hoosier State. The Rail Passengers Association calculates ridership has dropped by one-fourth since that study. 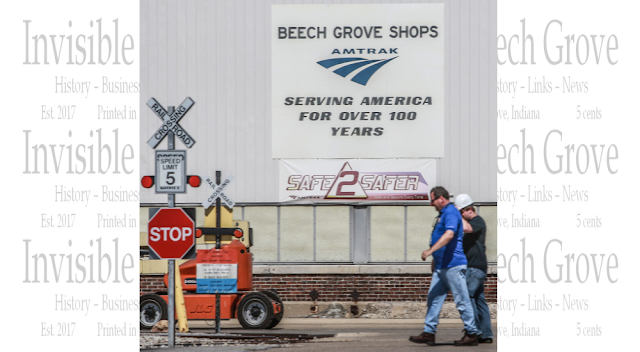 With the train averaging about 130 passengers a day, the new state budget cuts off funding. The final train will leave Chicago at 5:45 p.m. June 30 and make scheduled stops in Dyer, Rensselaer, Lafayette and Crawfordsville before arriving in Indy 20 minutes before the new budget takes effect at midnight.

Amtrak's Cardinal route, which runs from Indy to Chicago on Mondays, Thursdays and Saturdays, originates in New York and thus receives federal funding, not state. Amtrak says it's working to increase its Thruway bus partnership with Greyhound the other days, and add additional bus runs on the days the Cardinal does operate.

Amtrak spokesman Marc Magliari says the railroad's Beech Grove maintenance hub will remain in business. But he says the railyard bids on work for other railroads, and with fewer trains available to carry equipment in, he predicts it'll be harder for Beech Grove to win contracts.

The first missed Hoosier State run on July 2 will be the first time Indy and Chicago haven't had daily rail service since 1998, when the Hoosier State resumed operation after a three-year interruption.

Indiana Passenger Rail Association board member Bill Malcolm says he's disappointed, but hopes the Hoosier State will be resurrected a second time. He blames its demise on finger-pointing between Indiana and Amtrak, with the state faulting Amtrak for not doing more with marketing, while Amtrak has pointed to other states which shoulder more of that responsibility themselves.

And Malcolm says Congress could simply make the Cardinal a daily route. He says it's one of just two federally-supported Amtrak routes which doesn't run every day.